Point Blank – Point Blank is a World War 2 tactical squad-level card game where players maneuver forces to attack or defend objectives defined in scenarios. Game components are represented by cards consisting of squads, vehicles, support weapons, and leaders. Counters are included with the game and are used to mark player forces with information about the condition or state of a unit and a solitaire option is also included, well as team play. 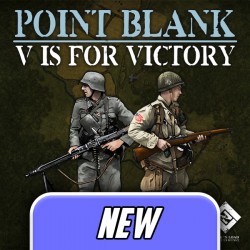 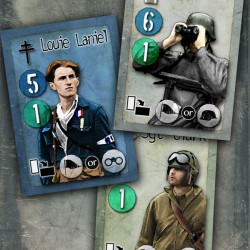 New -8 %
Brand: Lock 'n Load Publishing Model: LLP312193
Point Blank - V is for Victory
A Tactical Squad Combat Card Game that Dares to be Different Point Blank is a tactical squad infantry card game set in World War II Europe and is loosely based on the award-winning Lock ‘n Load Tactical game series.  Players do not need not be familiar with any of the Lock ‘n Load Tactical rule..
$119.99 $129.99
Add to Cart
Add to Wish List Compare this Product
Quickview 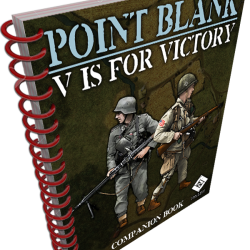 New -9 %
Brand: Lock 'n Load Publishing Model: LLP312476
Point Blank V is for Victory Companion Spiral Book
What is a Companion Book?   The Companion Books are the same as the Module Rules and Scenario booklets that are available in our games, with the exception we included most of the charts and tables that come within that game.  So why release the Companion book?  The Companion Books were designed ..
$49.99 $54.99
Add to Cart
Add to Wish List Compare this Product
Quickview 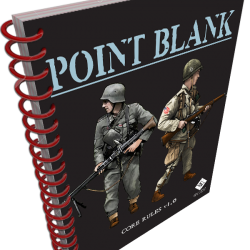 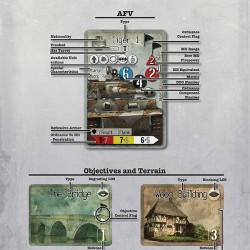 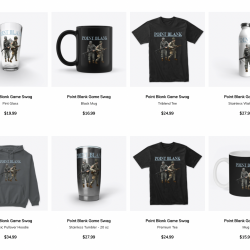 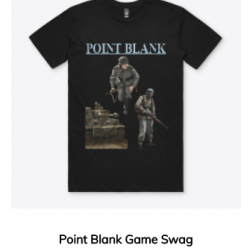