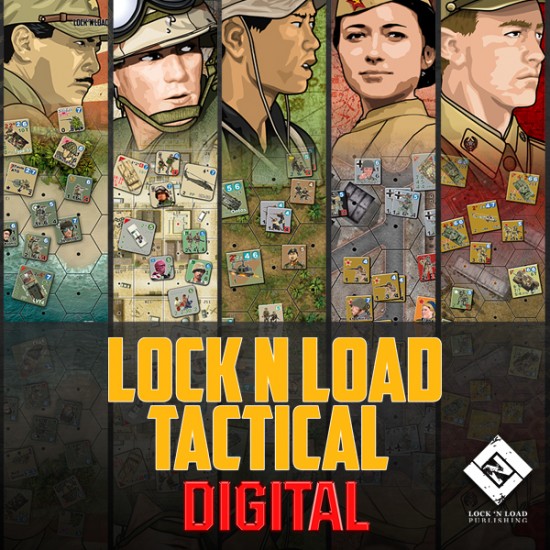 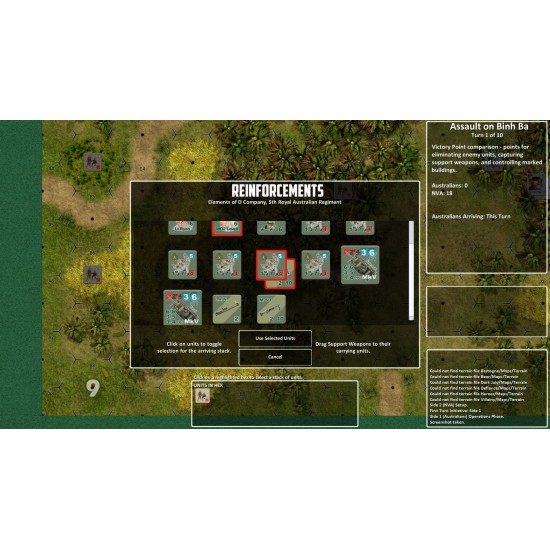 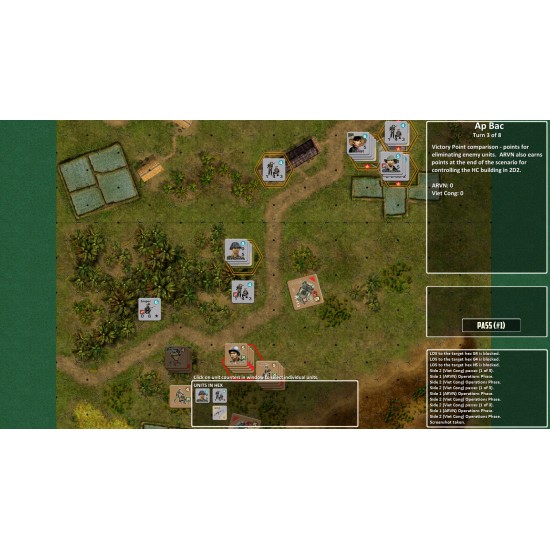 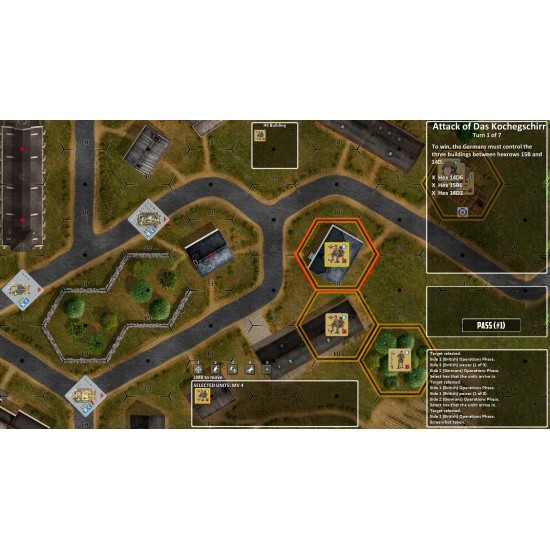 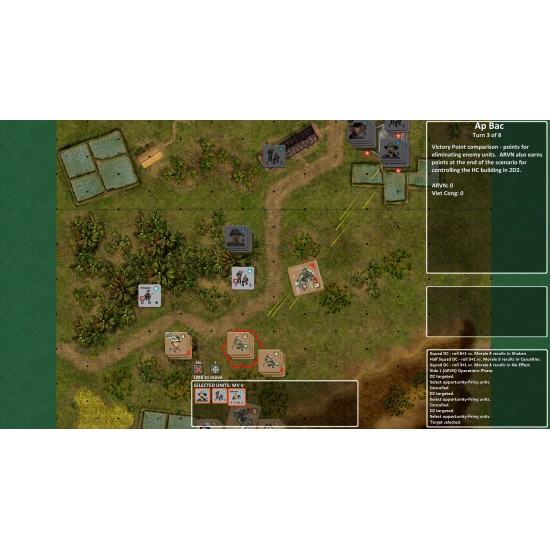 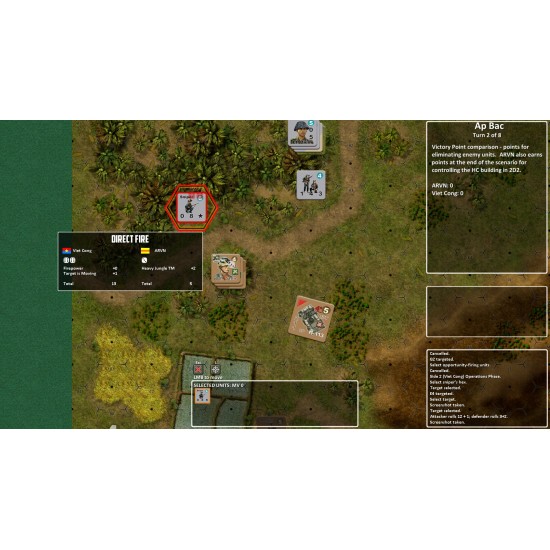 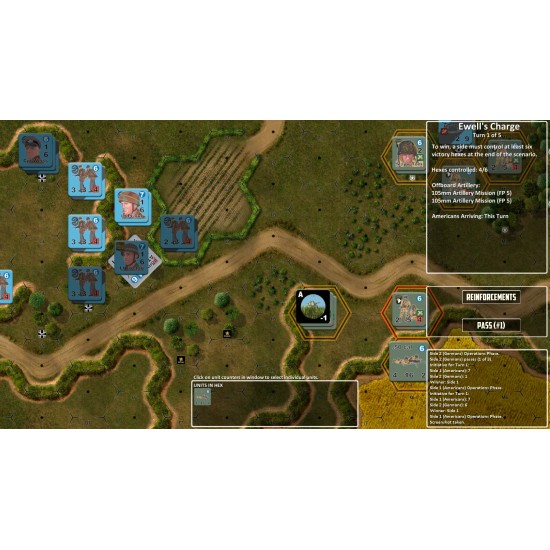 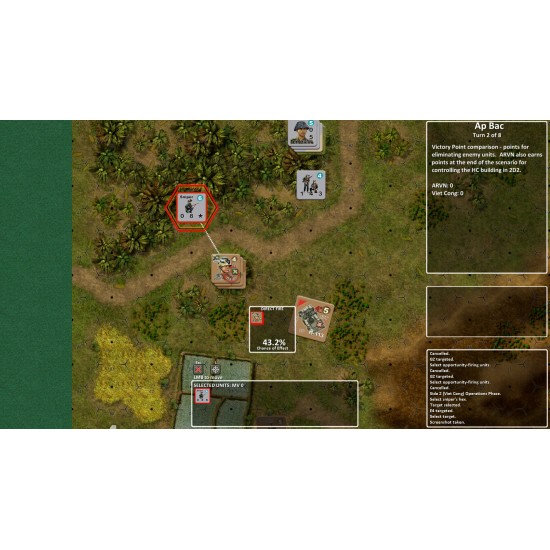 
Lock ’n Load Tactical series is a dynamic squad-level tactical combat computer game based on the award-winning board games of the same name. LnLT series centered on infantry combat from the 1930s to the present. With unparalleled artwork and an impulse-based game mechanic that keeps the player constantly involved, each action-packed firefight plays out cinematically.

Do you ever wish you could try a new game system and make sure it is for you? Well now you can, with our Lock ‘n Load Tactical Digital game. Lock 'n Load Tactical Digital gives you a chance to play two scenarios from our World War 2 Heroes of Normandy game and two scenarios from our Heroes of the Nam game. Our game manual comes in a variety of formats for free, these include PDF, EPUB, MP3 (YES Audio), and MP4 Audiobook formats. Our manuals have lots of examples to illustrate the game mechanics. Our motto is “Play the Game, Not the Rules”. We understand that the best way to learn a game system is to be shown. We achieve this with our extensive play-list of “boot camp” training videos, available on YouTube, that walk you through the entire system rule by rule.

The gameplay is fast and furious and decisions need to be made quickly. Tactical leadership is key. Unique Skills enhance effectiveness. And out of the intense fury of a firefight, a Hero may be spawned a Hero who can turn the tide of battle and save the day for your side.

Infantry combat is central to LnLT, but besides Squads and Half-squads, we have Weapon Teams armed with mortars, heavy machine guns, and anti-tank guns, there are also tanks, armored and non-armored vehicles, fixed-wing aircraft, and, in the modern-era games, helicopters. Individuals such as Leaders, Medics, Snipers, and, of course, Heroes, complete the forces available for each side.

Whether you are a fan of World War II, Korea (coming soon), Vietnam, World War 3 NATO vs Warsaw Pact an alternative history of the Cold War turned hot, in 1985, and Sci-Fi with Space Infantry Tactics (coming soon). The Lock 'n Load Tactical series has you covered with a variety of time periods, locations, and forces. It’s squad-level tactical combat at its best!

STEAM
Command Ops 2: Core Engine
There is no demo but something much better. You can download the complete Core game with three scenarios and the manual for FREE. What the catch? Ther..
$0.00
Add to Cart
Add to Wish List Compare this Product
Quickview 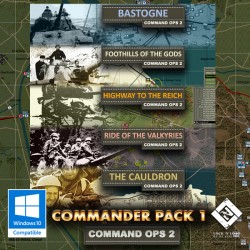 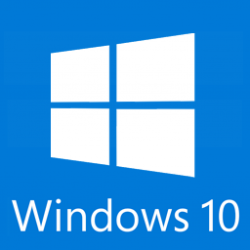 -21 %
Command Ops 2: The Commander Pack I
REQUIRED FREE Command Ops 2 Core Game You can download the complete Core game with three scenarios and the manual for FREE. What the cat..
$129.99 $164.95
Add to Cart
Add to Wish List Compare this Product
Quickview 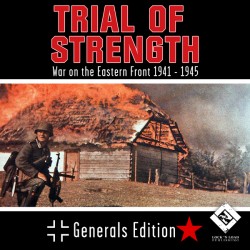 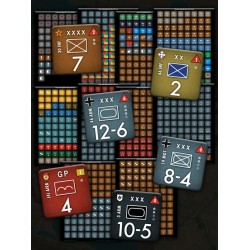 In The Works
Trial of Strength - General's Edition
Trial of Strength is a turn-based board wargame that puts the players in the shoes of armed forces commanders who must determine objectives, allocate ..
$0.00
Add to Cart
Add to Wish List Compare this Product
Quickview 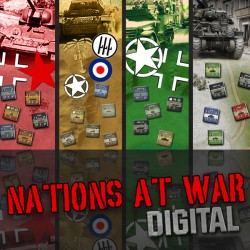 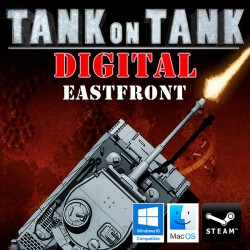 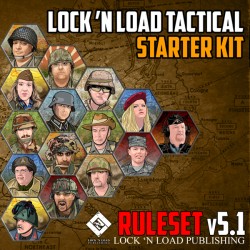 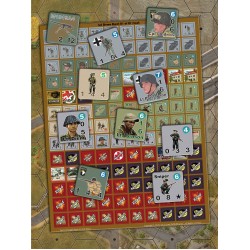 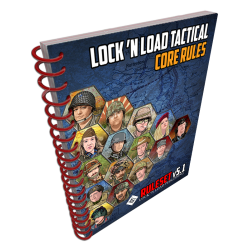 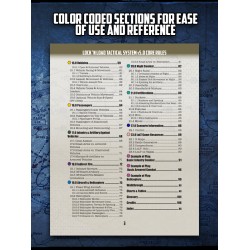 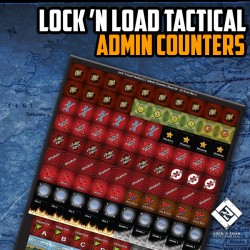 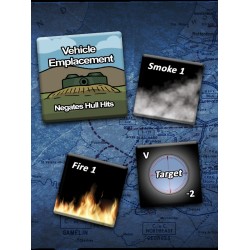 -25 %
Victory or Glory - The American Civil War
The War of Brother Against Brother  Victory and Glory: The American Civil War is a game of grand strategy and fast-play tactical battles where yo..
$29.99 $39.99
Add to Cart
Add to Wish List Compare this Product
Notification Module
This is the sticky Notification module. You can use it for any sticky messages such as cookie notices or special promotions, etc.